This week marked four years since Mark Hughes first took charge. It’s been on the whole, a very good four years, but bookended by two big spells of doubt and criticism.

The first, when he joined, was more of a reaction to the underwhelming nature of his appointment. Fresh from a chastening experience at QPR, Sparky didn’t exactly set motors running in ST4 – unless they happened to be in that proposterous ‘Hughes Out’ van. While the majority of the fan base made a commitment to getting behind the new gaffer, his appointment was not the eye-catching one many had hoped for. In his first couple of seasons, Hughes proved to be a more than capable manager, injecting the energy and excitement into Stoke that Pulisball had started to sap away.

Now, four years down the line, the doubts have returned. Not by all, but by an increasingly vocal section of Potters fans. Regardless of where you lie on the Sparky spectrum, the consensus is that Hughes’ fourth season underwhelmed not only in terms of results, but in terms of performance and entertainment on the pitch.

For many, the biggest worry is that Stoke have lost the purpose and identity that served them so well at the beginning of Hughes’ reign. But what do we mean when we say we’ve lost our identity? Is this just vague, sentimental bollocks, or have Hughes’ Stoke stopped being an interesting side? Please indulge me while I speculate. 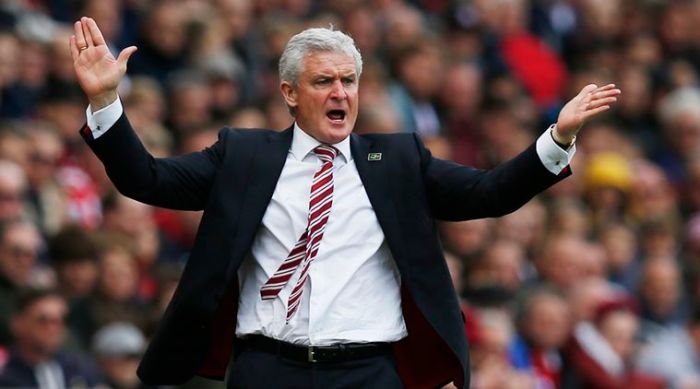 As a club, of course we have an identity. All clubs do, so best make that clear first and foremost. This isn’t about Stoke City, as a club, being identityless, more so Mark Hughes’ current Stoke team.

Look at other teams, and you know what they’re about: Liverpool are gegenpressing, West Brom are resolute route-one set-piece specialists, Arsenal ‘always try and walk it in’ etc. Now, as we know ourselves, clubs get cast into stereotypes that are difficult to break from, but these cliches tell you something about their identity.

So, back to Stoke. My biggest worry as Hughes gears up for season five is he lost what appeared to be a successful system. 4-2-3-1, counter-attacking football. This was deployed most effectively in his second season, when we had the pace of Victor Moses and genuine number tens in the form of Ireland and Bojan to help link the midfield with the attack. That N’Zonzi lad wasn’t bad either.

However, in 2016/17 we rotated the formation as often as the XI. From one week to the next, it was hard to know whether we’d be playing 3-4-3, 3-4-2-1, 4-2-3-1, etc. Rotation is fine and to be expected in the Premier League, but the sheer amount of chopping and changing started to grate. This, accompanied by regular 4-goal shallackings and a failure to beat anyone better than mediocre sewed the seeds of discontent. Even our victories were largely dull affairs. This season just gone, Stoke joined Hull and Sunderland as a tedious trio of teams shown on TV the least. 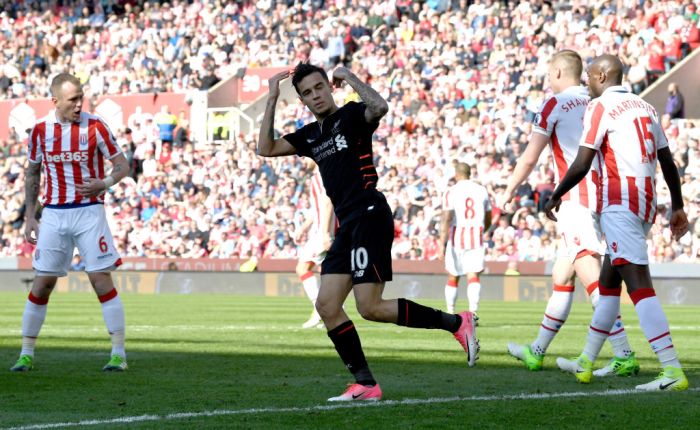 Yet it is not the fact these games were boring that was bothersome, more that our wins seemed to come about by default. Very rarely could you point to a tactical move that won the day, or a game plan that put our opponents on the back foot for more than 45 minutes. The pace and power of previous seasons seems to have been sapped away, and been replaced by caution and ponderousness. So many times last season, even at home to one of the 13 also-rans in last season’s league, our team looks panicked and not quite sure of what they were supposed to do. This led to frustration on the pitch and in the stands. This is where ‘Hughes Out’ came from.

Anyway, that’s all in the past now. As many have stated, it’s time to draw a line under this season and get geared up for what we hope will be a much better time in 2017/18. I hope we can rediscover what we lost, or even find something new. We need to get people talking about Stoke again. Whether that means a new style of play, new system, raft of new players, I don’t know. All I am sure of is that more of the same won’t be tolerated for much longer, because more of the same means more hammerings, more limp performances and more frustration.

Hughes could be the man to do solve our identity crisis, maybe. However the spate of new deals for ‘old guard’ players we’d hoped to move on, has me worried we’re in for more of the same.

Indeed, today we announced the signing of Darren Fletcher. A great professional with the kind of qualities any club of our level needs, for sure. However, at 33 he hardly indicates a move away from what we didn’t like about 2016/17. Where he’ll fit in, and what players may have to make way, will be pretty telling about whether Stoke are being taken in a new direction or are charting the same course. From our dealings so far, it’s hard to tell if Hughes has a medium or long-term plan, and even our short term plan is confusing.

Stoke are in this situation as a result of our own successes. Now in our tenth Premier League season, there’s the sense we’ve probably hit our glass ceiling and are playing it steady – not rocking the boat too much for fear that we’ll ‘do a Charlton’. Such caution is understandable, but even Tony Pulis, the man who took us to the promised land, left because fans want more than just stability and limping through to the end of the season.

In our squad, we have the potential to break out of our bad ways, rekindle the magic, approach games with purpose and panache and ‘Make Stoke Great Again’. Sparky has a summer in which to find out how.