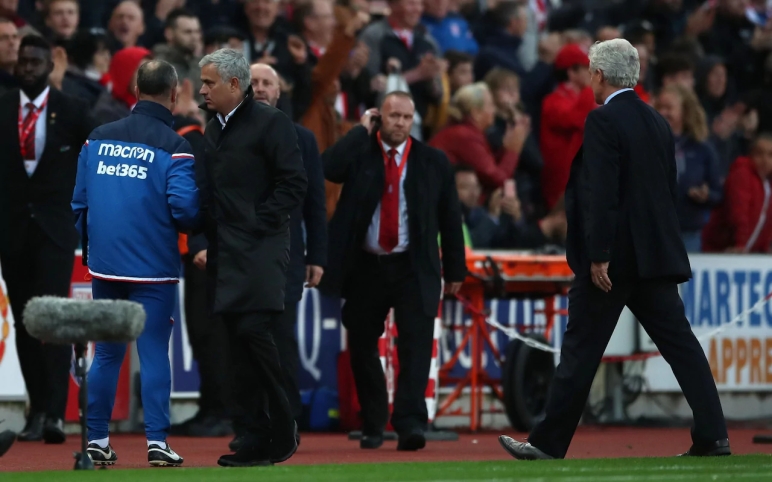 It is rather typically Stoke that some irrelevant bullshit cloud a great result, but once again we’re here. Whilst there was a fair degree of praise for a combatitve and effective Potters display during the 2-2 draw with Manchester United, a fair portion of the media honed in on the latest episode of Mark Hughes’ long-running handshake drama.

Hughes now feels ever so slightly like a poorly-written sitcom character with an annoying catchphrase – everyone’s just waiting for him to do it again. Though after the latest incident with Jose Mourinho, Hughes broke the fourth wall by saying: “I pushed him because he was in my technical area. Maybe that is why he didn’t shake my hand. In fairness, I have my history with handshakes. Maybe it’s me.” So at least he is self-aware.

Now, I wouldn’t condone pushing Mourinho or swearing at him, but the media obsession with Hughes’ handshake obsession reached a low point with this piece in F365. The size of the leap the author makes from ‘Hughes being weird about handshakes’ to England fans signing ‘No Surrender’ would challenge that ginger bloke who won gold at the Olympics. 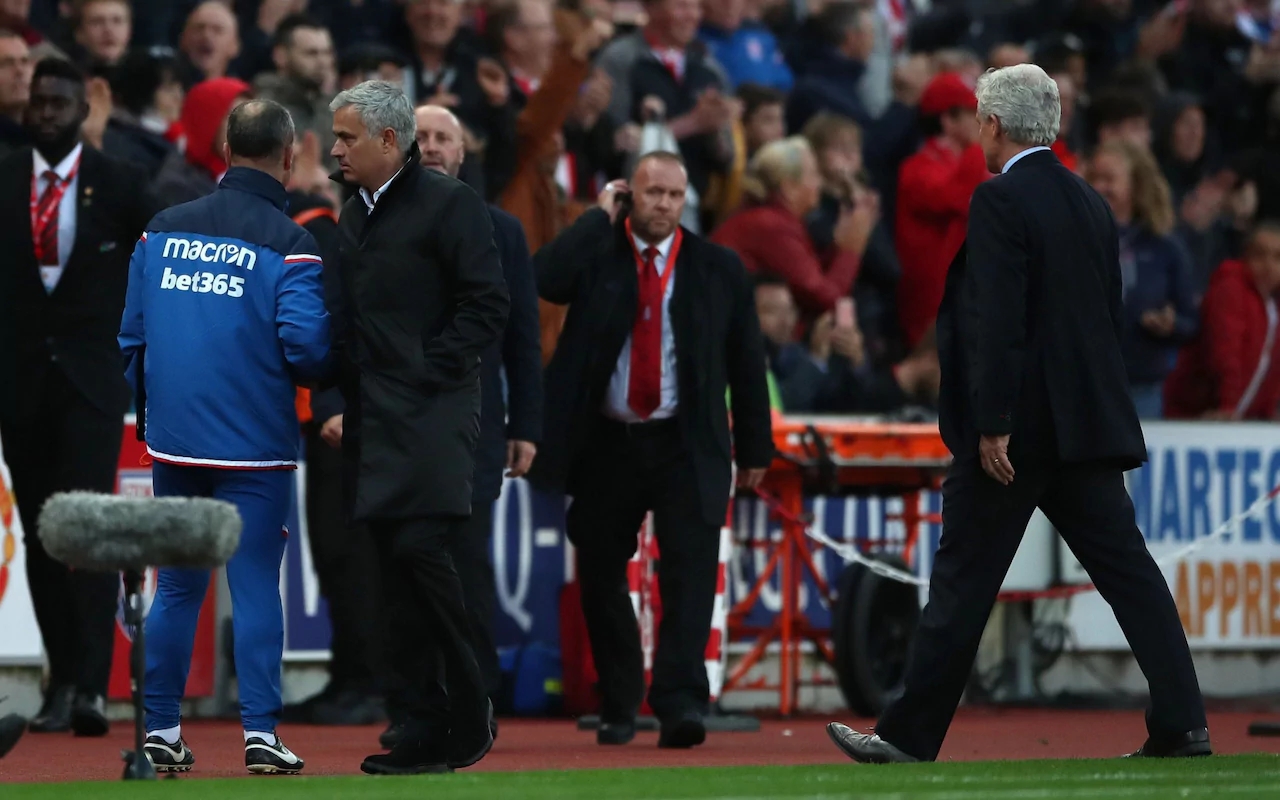 This isn’t to defend Hughes or to criticise a pretty common (if unsavoury) piece of touchline behaviour, but it is convenient that once again Mourinho’s antics are overlooked, and attention his deflecting from a bang average Manchester United performance.

However, the criticism of Hughes and the mooted threat of a potential touchline ban could work in our favour. So far this season we’ve seen a far more animated, fiery version of our manager. Whether it’s pressure from the fans, the boardroom or himself, something seems to have put a fire in his belly – and an opening home fixture combo of Arsenal and Man United can only add fuel.

It’s no secret that many fans wanted Hughes out last season, but positive performances have won a few round to Sparky (sidebar: People that thought Hughes should go are allowed to enjoy our good start to the season, get a grip).

Hughes has shown he can use adversity to his advantage, and being the underdog has played its part in inspiring this new Stoke side as well as generated a real noise in the bet365 stadium. Let them write about his handshake incident, and let them ignore just how good we looked in defence – and the potential transfer masterstrokes that are Darren Fletcher and Eric Choupo-Moting. 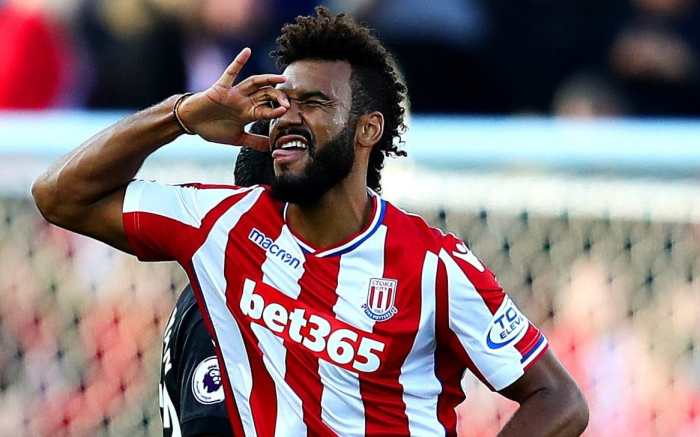 There is a hell of a long way to go before we find out if this season will be any good or not. The real tests lie in the end-of-Match-of-the-Day, common or garden Premier League games like the one this saturday agaisnt Newcastle. To have picked five points up from a tough first four games is a great springboard, it’s now a test of whether Hughes can stick the landing. There are areas of improvement to look at, like creating a consistent volume of chances and settling on the best side for this system. Yet the vast majority of signs from Stoke this season have been positive.

The trick to maintaining this positivity will be using the criticism labelled at us from ‘the outside’ and turning it to our advantage. Whether it’s being touted for relegation, our manager getting shit for handshakes, or people just generally having a go – this is where Stoke thrive. We’ve been chewed up and spat out and booed off stage, and bloody hell we’re a bigger, better club for it. Let’s get these bastards.

The latest Wizards of Drivel Podcast