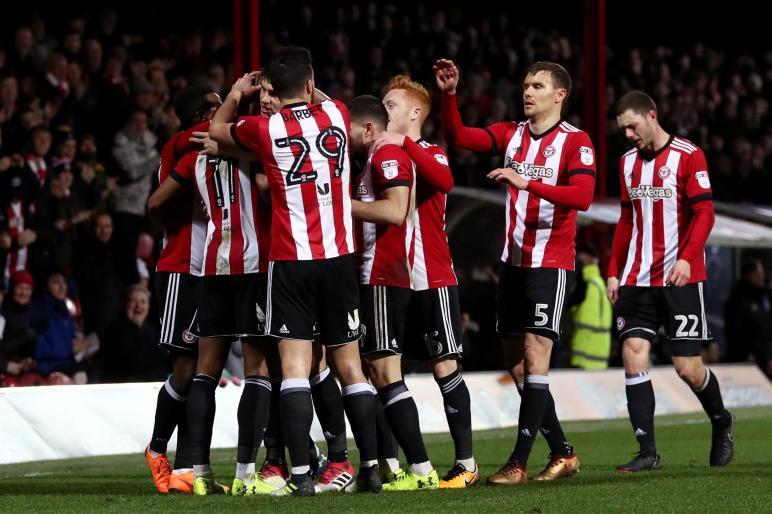 Marcelo Bielsa, provided he has not left before our clash on Sunday, is without doubt the most exciting manager in the Championship. The Argentinian, nicknamed ‘el Loco’, bases his footballing philosophy upon a near suicidal type of high intensity pressing. Stoke are unlikely to face the famed 3-3-1-3 formation, due to our own choice of a 433, which Bielsa will likely match with a 433, ensuring his defenders outnumber our front three.

The signing of Barry Douglas is one that will send shivers down the spines of full backs present in the Championship last season. Douglas topped the Championship’s assist chart last season (14), whilst also chipping in with five goals (6th highest scorer for Wolves). Douglas played as a true wing back and will likely be given the same role in Bielsa’s side irrelevant of whether Leeds go with a back three or four.

Aside from this excellent signing Leeds’ business in the transfer market has to remain a major concern. The loans of Baker and Blackman from Chelsea appear to be good deals, and both will be able to contribute but three first team signings is nowhere near the amount Bielsa would have wanted to bring in. At Lille he brought in 14 new players, in two seasons at Marseille he brought in 17, and famously left Lazio only 2 days after getting the job stating that the club we’re not pursuing his transfer targets properly.

Leeds’ preseason matches, including a loss to Oxford where Leeds found themselves 4-1 down at a point, have shown little to suggest that Bielsa has completed his transfer business or got his idea’s imbedded into his side. If Leeds are up to speed and have fully bought into Bielsa’s system they will provide one of the most difficult challenges for Stoke this season, but that’s one significant if. 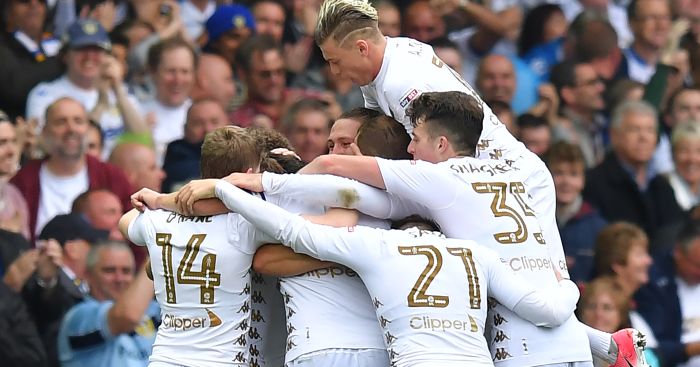 If I was forced to support one side in the Championship who aren’t Stoke it’d most likely be Brentford. Terraces still in their old fashioned ground, a new one on the way and most importantly a young squad full of exciting talent. Manager Dean Smith was linked with all 3 of the sides relegated from the Premier League, but nothing came to fruition.

Smith sets his side up in a relatively traditional 4231, with the defensive 4 being tasked mostly with defending, allowing their attacking counterparts to focus on the attacking phase. Brentford were unlucky to not make the play offs last season and have to be considered as one of the stronger sides in the league.

All models predicting results based on xG had Brentford finishing comfortably in the play offs, something they missed by 6 points. They also topped the shots on target charts in the Championship last season averaging 5.22 per game. The Bees started slowly, gaining only 9 points from their opening 10 games, then exploded into form losing only 4 games between September and February.

They have done well to retain most of their side, although Jozefzoon’s move to Derby will hurt, and have done their usual under the radar business in the transfer market. Provided they don’t lose any others, (*cough* Canos *cough*) Brentford will hope to push on for a chance at promotion to the Premier League. 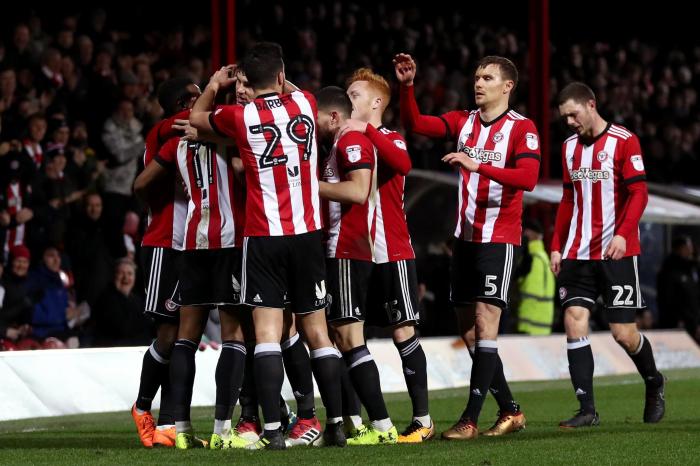 Before you spiral into a panic and put your life savings on Preston winning the league based on their pre-season form, don’t. Preston only played three league sides (West Ham, Burnley and Oldham) and conceded five goals in their two games against Premier League opposition. But their success against lower league opposition displays how Preston should be considered contenders for the play offs this season.

Alex Neill has built a very very very difficult to breakdown side on a shoe string budget and their current transfer business reflects this. Preston conceded the sixth least goals last season (46) and gave up the third least xG (44.4). Preston’s performance at the other end of the pitch remains their major issue, Hugill scored eight goals in 27 before his bizarre move to West Ham and only Maguire scored double figures (10). Although this could be down to the two aforementioned strikers near enough splitting a season, with each playing about half of Preston’s games.

Preston’s seasons probably hinges on the ability to find the net with an increased frequency compared to last season. Preston should be fighting for a play-off spot and, at the risk of sounding like a broken record, will provide a stern test for Stoke. 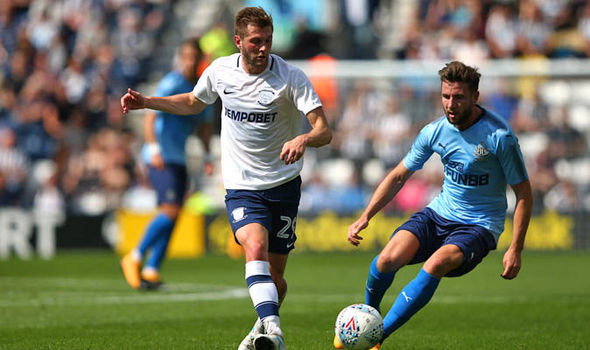 I could spend this section either marvelling over the excellent work Paul Cook has done with his Wigan side and how they are more likely to push for the play-offs rather than staving off relegation OR I could save my time and simply note that Wigan sold a player named Reece James only to sign another Reece James on loan OR I could simply ignore them as I cannot find any decent data on League One. Vote by sending post to ‘Honestly Tom, this bit has gone on far too long please stop, please’.

Paul Cook and his Wigan side captured the limelight with a stunning FA Cup victory over Guardiola’s Manchester City, but they also dominated the third tier scoring the most and conceding the least. They have managed to retain the entirety of their squad, including Christian Walton who has extended his loan deal another season. They have also added the exciting prospect of Leonardo da Silva Lopes who despite only being 19 has already played 87 games in League One. Under Cook they have shown a confidence in possession and have a formidable set-piece system to add to their open play attack, resulting in centre backs Dunkley and Burn contributing 11 goals between them last season.

Going into this Hull were a side I believed I could happily write off, they were poor last season as they slumped to 18th place and have lost a fifth of their goals with Meyler, Wilson and Hernandez leaving. Unfortunately, I can’t do this. Most of their failures last season came from an awful start under Leonard Slutsky which had them point squarely at relegation. Adkins came in and steadied the ship, taking their goals conceded per game from 1.85 under Slutsky to a much more palatable 1.27.

This focus on defence has been reflected in Hull’s recruitment, bringing in 2 right backs and 2 centre backs. Adkins opts for a 4231 dropping into a 442/4411 in defence, a formation we are likely to come up against more than any other this season. In the stylings of Paul Lambert, Adkins has quite strangely opted to play Chelsea loanee Todd Kane as a winger in his three pre-season appearances, although Kane has admitted to preferring this role to his traditional full back one.

Hull are looking again to be dependent on goals coming from wide areas. In their past two friendlies against Barnsley and Newcastle goals have come from a deep ball played into the half space between the oppositions left back and centre half, providing goals for Evandro and last season’s top scorer Jarred Bowen. If Hull can find a source of goals other than Bowen, combined with the increased defensive solidity provided by Adkins, then they should certainly finish in the top half and could be looking at the play-offs. 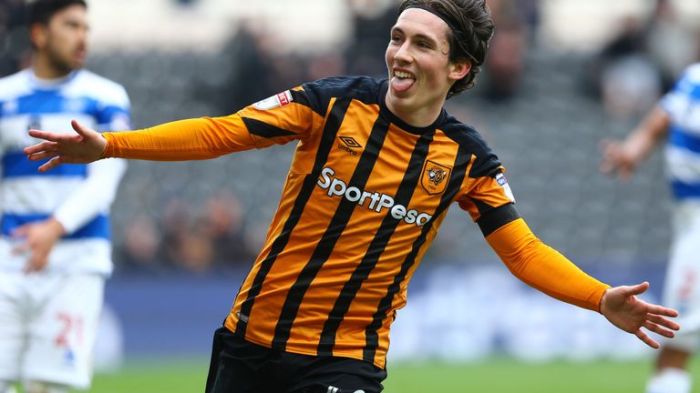 People like West Brom and have tipped them to be fighting for promotion, ‘people like Coldplay and voted for the Nazis, you can’t trust people Jeremy.’ The Baggies have been underperforming their xG for well over a season now, and they have failed to carry out the overhaul their retirement home squad required. And whilst sticking with Moore is a move that should be admired in the current climate, it is a decision that is unlikely to be worth its risk.

Under Moore West Brom claimed 11 of their 31 points, however during these six games they overperformed their xG for narrowly and xG against by 2.85. Now this could be Moore getting in a new system that leads to such a dramatic overperformance, but it is much more likely to be ‘new manager bounce’ given to a squad of players freed from inhibition by guaranteed relegation.

Whilst the addition of Johnstone is a good move as will be the signing of Gayle, which has been heavily rumoured, the replacement of Jonny Evans with Kyle Bartley is a deal that just looks bad. Replacing one of the better defenders in the bottom half of the Premier League with defender in his peak years who was considered surplus to requirement by another relegated side just seems a bad transfer. Add into this Craig Dawson reportedly training on his own a la James McClean and West Brom are heading into this season missing their two best defenders.

This has potential to be the worst take in this entire preview series, but West Brom are a side who Stokies should lose little sleep over.