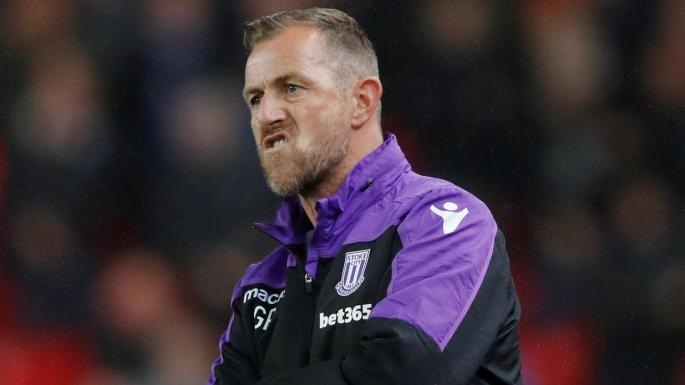 With today being GCSE Results Day, Head of Year Gary Rowett nervously awaits feedback from the exam board.

Your pupils have failed to grasp the basic concepts of chemistry, and their performance demonstrates a lack of understanding of scientific method, or indeed any kind of method. Of particular cause for concern was candidate #1 (Butland, Jack), who described ‘filling in that Irish git’ as an example of ionic bonding. While candidate #19 (Berahino, Saido) did display a fair degree of knowledge of organic chemistry, overall your students’ lack of chemistry is a major concern.

It was disheartening to hear that candidate #6 (Ndiaye, Badou) left the exam halfway through. Equally concerning was candidate #18 (Diouf, Mame) who failed to write in the correct answer boxes. We were also disappointed with the absence of #21 (Imbula, Gianelli), who although predicted an A*, was not put forward for the exam. Despite this poor showing from students who we hear are actually French speakers, the decision to go on strike by #6 does at least display a degree of Gallic cultural appreciation.

Your students seem unable to master basic navigational techniques, and the map-reading skills of #4 (Allen, Joe) were deeply disturbing, as he seemed to be unable to find anything or anyone.

I have called in Ofsted to investigate your Maths department, as I don’t know what kind of bullshit economics textbook Mr. Scholes and Mr. Cartwright have been using this past year.

Where was #10 (Choupo-Moting, Maxim)? Does he still attend your school?

#27 was flawless. How does he achieve such wonderful marks given the poor performance of his classmates?

‘Those that do not learn the lessons of history are doomed to repeat it’. With this in mind, we regret to inform you that the whole year will infact be re-taking their history exam.

Candidate #16 (Adam, Charlie) spoke very well in his oral exam on several aspects of P.E, but his physical exam was so poor it forced several of my colleagues into early retirement.

The communication skills of the whole year were not to a satisfactory standard. It was a shame that #17 (Shawcross, Ryan) could not effectively deliver a clear presentation to his classmates, given his status as Head Boy.

Candidate #25 (Crouch, Peter) seems confident with a lot of aspects of the subject, knowing that what goes up must come down, or at least be flicked on. #9 (Afobe, Benik) also seems comfortable when it comes to the topic of outer space, possibly using his own life experience when answering a question on just how alone we are in the universe.

Candidate #11 (McClean, James) wrote very persuasively in his essay question, and clearly has a good knowledge of the subject. It’s just a shame he has thus far proven to be shite in his other topics, despite obvious effort. Candidate #20 (Cameron, Geoff) did raise alarm bells.

As we have seen by your Ofsted report, your school greatly needs to improve in many respects, and these results are just a reflection of that. We understand it has been difficult given the mess left by Mr. Hughes and Mr. Lambert, but continued poor results could see your school demoted to the level of the Vale Park Academy for Special Cases.