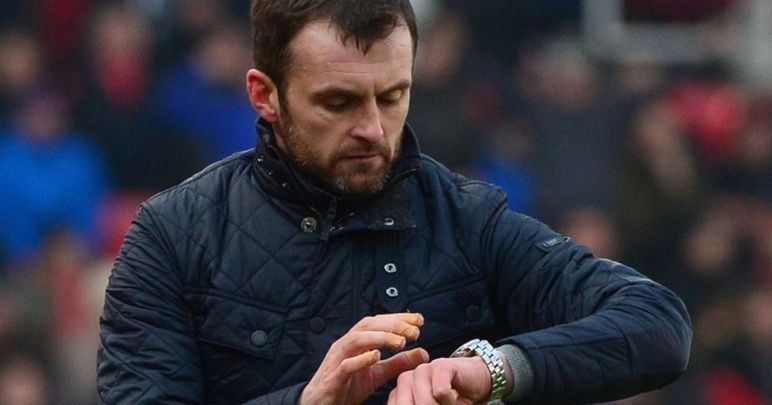 Plucked from smaller, less fashionable southern clubs and thrown into cauldrons of expectation in the Midlands, Dean Smith and Nathan Jones face unenviable tasks in trying to restore their respective clubs to former glories.

The appointments of Dean Smith and Nathan Jones at Aston Villa and Stoke City may signify a broader trend for football clubs looking to establish, or re-establish, themselves as a Premier League outfit. The proper football men still thrive, but more and more the EFL’s big dogs are looking to men more untested at the top end of The Championship. The league’s leaders – Leeds and Norwich – have bosses who came with no prior experience in British football, two more of the top six have managers (Wilder, Johnson) who worked their way up the leagues, and West Brom’s Darren Moore is still cutting his teeth in his first managerial job. Only Tony Pulis, currently clinging onto the top six like a barnacle, truly represents the British old school. His team’s position is under threat from another new manager in Frank Lampard.

Smith and Jones replaced Steve Bruce and Gary Rowett, perceived as safe pairs of hands at this level. Both finished in the top six last season, Bruce a game away from taking Aston Villa back to the top flight. Yet for a variety of reasons, neither Bruce nor Rowett could keep their jobs beyond January. 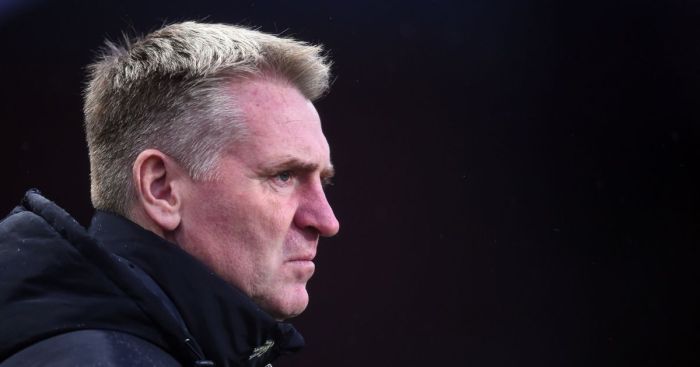 Smith’s appointment was less of a perceived risk than Jones’. He had after all performed well with a Brentford side he’d moulded in his own image, playing an attractive style of football that was eventually bound to catch the eye of a bigger club. Smith’s local(ish) connection, and the appointment of John Terry as his assistant, reinforced what was already an impressive CV.  Nathan Jones had worked wonders at Luton, but hadn’t sampled football in the Championship. Now he manages a squad judged at the start of the season to be the league’s best.

Both, in their short exposure to life at the league’s wealthy, sleeping giants have found life difficult. What both would have surely counted on though, was a fanbase beleaguered by past failures and just willing to invest emotionally in a new, exciting appointment, capable of bringing both results and entertainment.

James Rushton, of Villa blog 7500 to Holte, says: “Our expectations have changed rapidly over the course of the season. When Smith joined, we were pretty much done with the season and it was ebbing out. We realised that Smith needed time and resources to transform a lethargic Villa. Then Smith didn’t stop winning. Villa played on the front foot and it changed the mood. Then, Villa hit a lull again and we’re all a bit moody. The optimism brought on by Smith’s early form probably was a false dawn and it’s played around with expectations.”

Stoke fans haven’t had the enjoyment of a new manager bounce for some time. An eye-catching win over Leeds showed potential, but subsequent results have underlined the task at hand. For all the talk of ‘giving the manager time’ and wanting to treat the season ‘as a free hit’ before building for another campaign, both have already come under stern criticism.

Vocal dismissal and scepticism about both managers comes from a minority within each respective fanbase, but it does speak to an underlying expectation. Aston Villa were a Premier League mainstay and have a European Cup. Stoke were as solid as solid can be in the top flight for ten consecutive seasons before last summer. As much as fans are willing to preach the virtue of patience, many fans are unwilling to practice it.

A manager who built a side on an attacking, 4-4-2 diamond, complete with overlapping fullbacks and creativity behind the strikers, was just the ticket for Stokies placed in a Lambert and Rowett-inspired ennui. Dean Smith’s Brentford were a much better watch than Steve Bruce’s Aston Villa, but even two of the league’s strongest squads have found it tough to adapt. 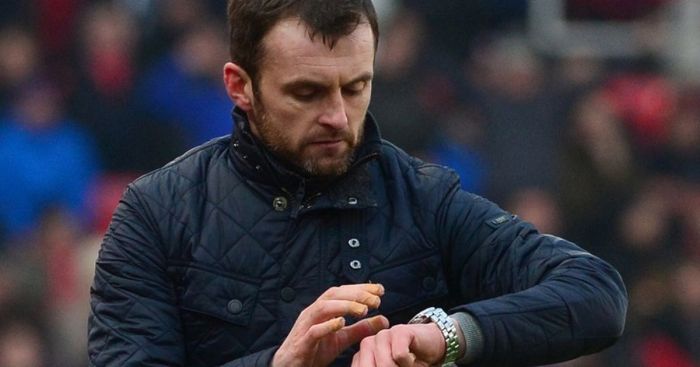 Rushton adds: “Villa played far too aggressively in Smith’s early days and the warning signs were always there. Even in the big wins, we gave away massive chances that weren’t consulted. Eventually, these chances were converted and our attacking might wasn’t enough. Smith has reinforced the defence and we seem a bit more sensible now but we aren’t as aggressive nor positive as we were and we’ve had to ditch our high line, offside trap and press as it was becoming our worst enemy. The trouble? Smith has had to sell these ideas out as the players didn’t seem to be able to play them – and that’s an issue since a lot of them won’t be here come the end of the season.”

Stoke fans, likewise, are counting on a summer overhaul – casting off the big names and big reputations that failed to deliver when it counted under Hughes, Lambert and Rowett. That Jones doesn’t have the players for his system is acknowledged, but with The Welshman having had no win in his beloved diamond system (the Leeds win saw Stoke switch to 3-5-2), questions will be asked if this is the way forward for Stoke regardless. Smith is further along with his Villa Park project, but both managers are yet to experience a pre-season with their new teams. They may yet prove to be victims of the Peter Principle, and find themselves moving down to a club more suited to their talents.

Despite recent tribulations, both sets of supporters have every reason to be excited by their new managers. Both are a welcome break from the old school, and have earned their positions rather than being brought in on name recognition. It remains to be seen if the idealism and excitement they both instill won’t be washed out by the economic realities of the Championship and the cut-throat nature of modern football, and modern football fans.