In a triple-swoop, Nathan Jones has made a more serious statement about his transfer policy than any amount of interviews ever could. In Lee Gregory, Nick Powell and Adam Davies, Jones has signalled the way forward for The Potters. Gone are the days of £10m gambles from the continent. Stoke are looking to be shrewd, thrifty and placing a high value on ‘character’, whatever that may be.

The three new recruits may not be ones that get pulses racing, indeed, it’s difficult to see Stoke building a promotion charge around these players – they’re not ‘names’ in the same way that Tom Ince and Benik Afobe were, but that may be no bad thing. So with that in mind, we look at what the trio can bring The Potters in 2019/20.

Strengths: Gregory came to personify Millwall’s blunt but effective approach in recent years. Full-blooded and bustling, he certainly seems to match the ‘character’ criteria that the ‘process’ will be judged on. He’s a non-league boy done good, having moved to South London from FC Halifax Town back in 2014. His ability to press from the front goes hand in hand with that work rate and could put him onside with Stokies from the off – squint and you may see a successor to Jonny Walters. He’s nominally a threat from set-pieces too, but just one of his ten Championship goals last term was a header.

Weaknesses: Goalscoring. 12 in 44 appearances last season (plus 7 assists) was a wholly respectable return in a struggling side, but it was one of his better seasons in front of goal. Those who know about xG will tell you it’s not just that he hasn’t been getting service, he just massively underperforms when it comes to sticking chances away. Overall, he has 30 goals in 126 Championship appearances, but pure finishing won’t be the job asked of him.

Perhaps less in keeping with the ‘rugged number nine’ image, Whoscored list aerial duels as a weakness, along with holding onto the ball – he was dispossessed 1.8 times per game last season, making him the 21st most careless player in the league. More alarmingly, he was fourth in the league when it came to the ‘bad touch’ rankings – but with the likes of Tammy Abraham also in the top ten you may not want to hone in on that stat too much.

Gregory is a brilliant hard working team forward with his hold up play, selfless running and pressing however his finishing leaves a lot to be desired!

One more noteworthy comment is #sufc @billysharp10 being only forward on league with over 30% conversion rate!

What Millwall fans think: Gregory is adored at The Den. Here’s a selection of quotes from a Millwall forum that I needed a shower after visiting.

“Work rate can’t fault . But has missed to many oputunitys one on one open goal six yards out penaltys . 2 new strikers Mr Millwall needed so pull your socks up or gonna be a nervy start for you” [sic, obviously]

“You gave 110% virtually every game I watched and leave me personally with some great memories of your performances and goals.

Good luck for the future wherever that may be and you will always be welcome back down the Den, assuming you don’t score!.”

“As for Gregory, if he was more prolific he wouldn’t have stayed with us so long, yes he was frustrating at times but you cannot fault his work rate, determination or the qualities he did have on the ball. He also never had a real decent forward partner to play off and always had that lazy cunt in centre midfield, which meant he was made to work his nuts off up front, which could have potentially impacted the goals return. Thanks for the service Gregory” 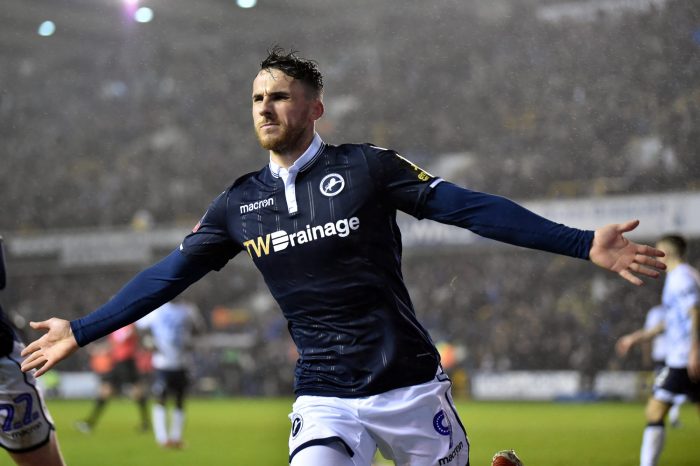 Strengths: Graft AND ability you say? Powell scored eight and assisted seven in 32 games for a poor Wigan side – his best season since joining Man United all those years ago. One of the bright young things from the Crewe academy, Nick Powell clearly has the talent and showed it on his rise to prominence with the Alex, the highlight being a play-off final worldie. Whether it’s winning fouls in key positions, playing a killer ball or just setting the tone for attacks, Powell seems like a great addition – and he’s still only 25.

Since his big move, it’s been a difficult transition to life in the EFL, but in The Championship he’s still a real clutch player, capable of turning the tide of a game. As his play-off beaut shows, he’s not afraid of a long shot and in fact, took nearly as many efforts from outside the area as inside last season (36 v 40).

Weaknesses: Made of biscuits. Powell is exceedingly injury-prone and is unlikely to make it through the hard yards of an intense Championship campaign, even if he shines brightly along the way. There have been some questions as to his attitude too – clearly Powell has struggled since his Old Trafford rejection, but has shown signs of turning it around at The Latics.

Passing and Crossing are listed as weaknesses by WhoScored, and the stats don’t show Powell in the best light (289th in the league with a successful pass percentage of 65.2% – much worse than McClean, Ince, Afobe and a host of other maligned Stoke players).

As far as Stoke are concerned the biggest hurdle Powell will face will surely be being compared to Bojan, regardless of whether or not the Spaniard leaves this summer. If (and it’s a big if) he can stay fit, he’ll have to concentrate on playing his own game in a role that will be absolutely essential to the success of the diamond. Stoke fans will be concerned if all of Jones’ hopes aren’t pinned on the 25-year-old.

“Nick Powell’s no loss, he’s injury prone and doesn’t care”. Yeah he’s only managed to be top scorer in all 3 Championship seasons with hamstrings made of Cheestrings

Powell was offered 20k a week.. turned it down.. not bothered if he goes . Hardly ever plays . Windass can go to. No effort.. lazy and limited skills

Because he’s made of glass, doesn’t mean he’s a bad footballer. He’ll play at a level that Dack will never achieve in his career. Europa League, Champions League and maybe Premier League

Strengths: It’s a big move for Davies, after 183 games for newly-promoted Barnsley the ‘keeper is moving to The Potteries – presumably partly to enhance his Wales prospects. Davies is a dynamic keeper with a fine shot-stopping ability, and he’s not afraid to come off his line. The fact Davies was Barnsley captain will also fit Jones’ character criteria. Joy of joys, he can also save penalties – denying two of six in 2018/19 – a campaign in which he recorded 19 league clean sheets – joint top in the division alongside Luton’s James Shea.

Weaknesses: Inexperience might sound like an obvious thing for a 26-year old keeper, but he’ll be under more spotlight at the bet365 than he was at Oakwell. Jack Butland’s gloves are big ones to fill, and if (as we expect) the England stopper goes, it may feel like being thrown in at the deep end. As with Butland, there are questions over his distribution.

Trivia: The Welsh international was born in Rintein, Germany.

What Barnsley fans think: Highly-rated by the Oakwell faithful, here’s a selection of comments from a Barnsley forum.

“What a quality keeper and deserves his move”

“If it’s gonna happen we should all thank him for the service he’s given to the club we love… .and most important wish him well in the future and support his decision to further his career…..good lad Adam, when he next appears at Oakwell, whoever he plays for,we should all give him a warm welcome”

“I sincerely hope we finish above Stoke next season but taking the red tinted glasses off I can only wish Davies well if he is on his way and accept that this move makes sense in pretty much all ways.

If he was universally loved here, that’s one thing. We might be a realistic option for him. But let’s face it, if he stayed next season he’d be one dropped cross, or goal kick out for a throw, away from half the ponty getting on his back. He knows that, so he might as well go and have a fresh start on twice or three times the cash.”

“The way in which Davies has conducted himself is exemplary.” 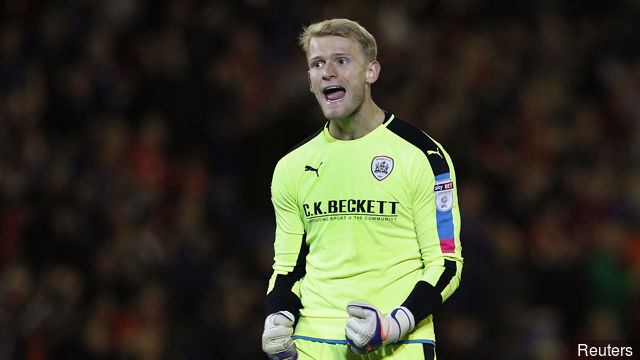 Are you signing Davies (like him a lot!) Powell hamstrings will never last a season but he'll give 20 games of which many will be very very good. Gregory… Love his work rate, gets into great areas, doesn't finish. But he'll cause openings.

Overall, whilst none of these additions is set to ‘rock the city’ Jones is making astute moves, signing players for key areas of the team on a budget. The lack of transfer fee reduces the risk factor involved and in Gregory, we seem to know exactly the player we’re going to get – fans weary of Afobe and Berahino will surely love him.

Powell and Davies have more question marks due to their (relative) youth, with Powell being a particular enigma. Are we replacing a talented number ten with fitness issues with another, lesser, talented number ten with fitness issues? Should Powell’s injury problems persist, the ‘told you so’s’ will ring loud around the ground. If we see his best though, we could have made one of the signings of the summer.

It’s a start for the process and an encouraging one.