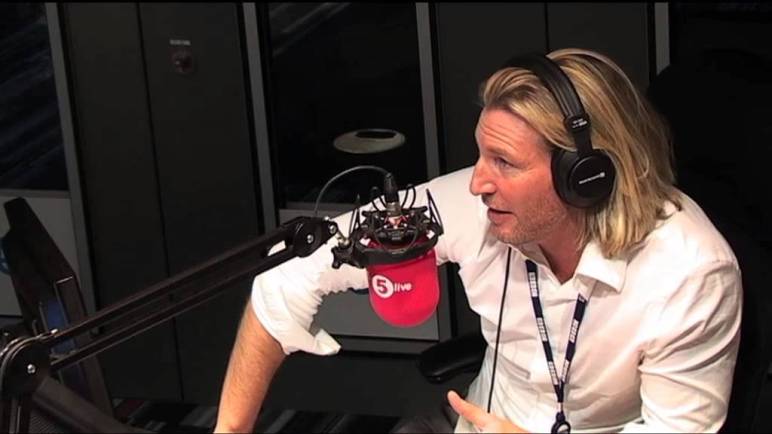 “But you’re 12th!” squawks Robbie Savage, with the forced incredulity of a child trying to deny they’d raided the biscuit tin with a full mouth of McVities.

This the age of the entitled, deluded fan. With every aspect of football hyped up to the max by a frenzied media, it’s only right that the football fans themselves reflect this hysteria. This is why Arsenal Fan TV are raking it in, why call-in shows are still relevant, and why Robbie Savage – a preening, Mock the Week out-take of a bloke – is able to pass himself off as a football pundit. Stoke the fire, let the fire spread, and laugh at those who’ve been burnt. He feeds on your outrage. Being wrong, right or indifferent doesn’t matter.

This was the case on Saturday, as after a set of binary Premier League results, our mate ‘Sav’ needed something to inject some life into 606 and decided to stoke the outrage of Stokies. There’s no great skill in what Savage does, he finds an opinion he disagrees with, and he paints people who hold that opinion as the same hysterical buffoon the likes of Arsenal Fan TV get their big views from, but have always found a welcome place in radio phone-ins.

He was aghast that some Stoke fans wanted his mate Sparky to leave. “But you’re 12th!” and “Who would you get in?” were the popular refrains, and whilst not completely unfounded, they were typical of a bloke trying to defend his mate without actually considering the reasoning behind the Stoke fans who are unhappy with their team at the moment.

They’re unhappy because it has been a season of inertia. It’s been a season without fanfare, without bells and whistles and without excitement. Highlights have been few and far between, with memorable matches even more rare. Even Mark Hughes’ greatest exponents are aware of this. League form that started terrible, reached passable and remained at medicore has left us in 12th with three games to go, and it a damning indictement of the quality below the top 7 that The Potters find themselves just four points from 8th at the time of writing. This coupled with cup exits to poor opposition has left a bitter taste in the mouth.

However, more worrying than the results themselves have been the levels of performance from Hughes’ Potters. Hughes’ Potters who once dismantled Man City, thrashed Liverpool and had Man United for a light supper – all within the last two years.

Tactics have changed, seemingly on a week-by-week basis from 4-2-3-1, to 4-4-2, to 3-4-3 to 3-4-2-1, as though Mark Hughes were attempting to relay a secret code via his formations. Talented players appear to be frozen out whilst others continue to feature in spite of runs of bad performances. We haven’t progressed, which is forgivable in an age where every club has a hulking great transfer warchest, but more than that it appears that the manager doesn’t look capable of turning us back into the team we once were. His transfer dealings, formations, substitutions, Press Conference quotes and general approach to management have got ever more confusing as this dull, uninspiring season of “meh” has progressed.

@bbc606 @RobbieSavage8 Why our most exciting players have been benched or exiled, loaned or left to rot outside the squad as soon as 8 months after their purchase

Being ‘Hughes In’ I understand. Managerial appointments bring a natural instability and there is a concern that a new man at the helm wouldn’t have the nous to keep Stoke in what is relative comfort of mid-table. Personally, at several stages in the 0-0 against West Ham, I thought “How can anyone want more of whatever this is?”, but plenty do and are willing to give the manager more time to get his mojo back. This is all fine. Disagree with me on Hughes? Think I’m being too ungrateful? Ok, let’s have a discussion. Tweet me politely, send an email to The Wizards of Drivel and we’ll have a talk about it. Sure, we might be so entrenched in our views that we might not ever agree but football fans having a reasoned discussion about the club they love is always worth listening to.

However, it is the approach of the Savages of this world that means discussions such as these can never take place in mainstream outlets. They want the soundbite, the 5 second viral clip of a fan getting a bit too carried away. They want a ST4 version of Troopz, fam. They want someone who is after Hughes’ blood, blud. This isn’t limited to the national media either. Praise and Grumble’s modus operandi isn’t to have level-headed fans expressing their views, but to get on your nerves enough to entice you to call in. Last Saturday, the condescension with which ‘Hughes Out’ callers were treated was embarrassing for a show designed to be about the fans. 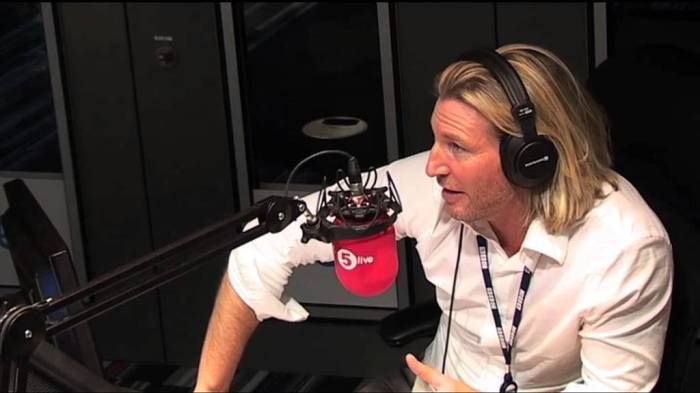 The commodification of football fans’ outrage has taught us to be cynical about even the vaguest whiffs of discontent. The apethetic and the doubtful are being treated the same as the dangerously myopic by shows, sites and Savages desperatley trying to remain relevant. No wonder Arsenal Fan TV is everyone’s go-to example of a Fan Media outlet. It’s the most entertaining and memorable because it bottles hysteria into handy 4-minute videos. They’re good at it too, I have no problem with AFTV host Robbie – who seems a genuinely decent bloke doing a job he loves – or any of the regulars expressing their passion and being rewarded with well over fifteen minutes of fame.

However, they have warped the perception of what fan media actually is. People think fan media as that – hysterical outrage from fans who should be a lot more grateful – but if they actually looked below the surface, they’d see most of it is a lot more perceptive, intelligent and considered than they realised. If a few more of Savage’s ilk paid proper attention to fan outlets, they wouldn’t be so surprised when they encountered opinions they didn’t expect. As Savage jabbered about not being able to get anybody in, I recalled an entire episode of the podcast we devoted to potential Mark Hughes replacements.

In Wizards 50, we definitively answer the question: "If Hughes does go, who do you get in?" #SCFChttps://t.co/t9zD0D4lgF

What fan media has done more than anything is to highlight how little attention many pundits pay to some clubs, but to pay attention means to consider other points of view and this makes Savage’s job harder. Call in shows care little for the opinions of fans, they give them a platform and condescend them if they don’t fit an established narrative. They don’t want your views, they want your anger.

As far as Stoke are concerned, I don’t think many Stoke fans are mouth-frothingly angry with the management. They’re more exhausted after a season of indecision and intertia. What the future holds for Stoke and Mark Hughes, I have no idea, but I know the best, most intelligent debates about the direction of the club won’t be had in a three-minute shouting match on national radio.