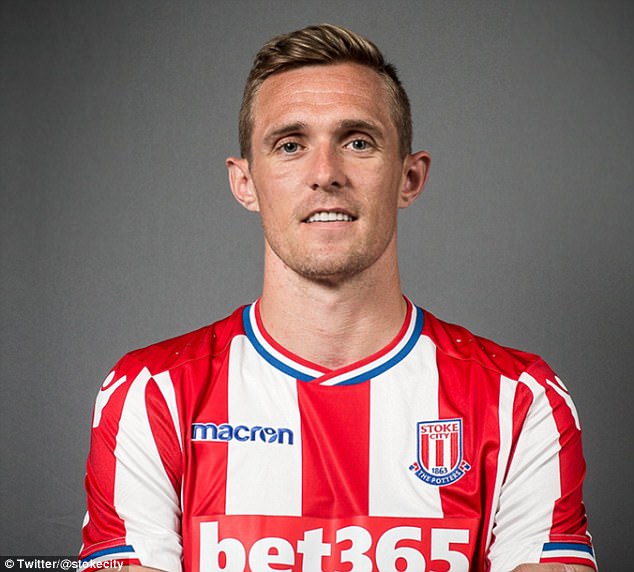 In my last article, I wrote about the opinions of Dutch people on our pre-season (until that moment.) This article will be my opinions on our transfer window until this moment. That includes opinions on: the signing of Darren Fletcher, Josh Tymon, Kurt Zouma, and the rumours that have been spread around until now. Including: Fabian Delph, Berisha, Konopljanka and Ashley Young.

Things like that he’s an amazing leader, and always looking to get forward. When I looked up his stats from last season, I was again happily surprised. I didn’t expect much of it. since he has been playing under ex-Stoke manager Tony Pulis, who barely uses the midfield in his tactics. The thing I always noticed when Darren was playing at Manchester United, is that most of his passes were successful in most of the games. I didn’t think that that would still be the case in his last season, but he had an overall pass completion percentage of 77% of the 1218 passes that he has made last season. That plus the fact that he’s a very experienced player and that he can play almost everywhere on the midfield. makes me think that he’s an amazing signing for Stoke this summer.

When Tymon transferred to Stoke, I was very happy. I think Erik has been absolutely terrible last season, and I was expecting a replacement for him this summer. Now I know that he won’t be starting for us right away, but when I looked at his performances last season. They looked really promising, especially for a left-back from Hull. I am hoping that Hughes will give him at least 10 games next season.

One of my friends is a Hull supporter. He told me some things about Tymon. He told me that it was one of the bigger talents at Hull. And I got to admit, I did not see Tymon play last season, but my friend did. He told me that he was a decent left- back. Great at switching to a more attacking role while he’s playing. And very pacey. Those things made me very enthusiastic. But when I asked him about him replacing Erik next season, he wasn’t to convinced. He doesn’t have that much experience in the Premier League yet.

We both agreed that Pieters should be our starting left-back next season, even though he’s not that good. If we want to play the same system as last season, we should bring in another left back. But I think we shouldn’t. I think we should switch to a formation with three defenders (like 3-4-3). Playing Zouma, Shawcross and hopefully Indi there sounds like a really promising defence to me. 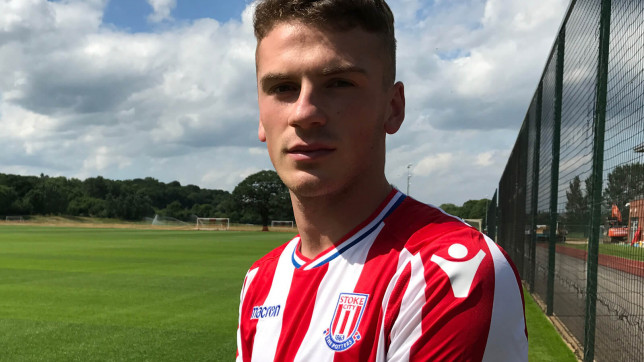 Kurt Zouma is such a great addition to the team. Has been injured for a long time, but when he was back at Chelsea at the end of the season. He looked brilliant to me. A young pacey centre half that could definitely be one of the main parts of Chelsea’s defence in three to four years. When the rumour started, it read that he could choose between Stoke and our Premier League-rivals West Bromwich Albion. To be honest with you, I didn’t think that he was going to choose us. West Bromwich showed some real potential in the first half of last season. There was a point when they were in the 8th position. So, when the first pictures of him in a Stoke trainings top came online, I was surprised! He’s already such a great defender, and I think he’s going to be crucial for us next season. Him pairing up with Shawcross and potentially Martins-Indi, could be a very good defence for us next season. Could again be brilliant for us in a 3-4-3 formation.

With Marko Arnautovic going to West Ham for 24 million, people started making rumours about replacements. In this part of the article I will talk you through the best ones that could be happening. Those include: Ashley Young, Jevhen Konopljanka and Valen Berisha.

I’ll start with Ashley Young. The 32-year-old midfielder from Manchester United, is in my opinion not the right one. Having barely played any games last season and just being a bit old, is already enough for me to not buy him. He was criticized a lot last year, Manchester United and Celtic legend Roy Keane made the famous quote about him that is “if he’s a Manchester United player, I’m a Chinaman.)

The next rumour was about Sevilla winger Jevhen Konopljanka. He was loaned out to Schalke last year, he had a decent season in Germany. The negative thing about him is that he should be quite pricy for Stoke. He has been great for both Sevilla an Schalke. And I don’t think that we’ll be able to get him for less than 20 million. Which is a price that I think stoke are not willing to pay for him. I would love him at Stoke though, he still is a very talented player, that could easily fill in the hole that Arnautovic left in the team. An amazing winger that could easily get over the 5-goal mark in the Premier League.

Now I’ve got to admit, I don’t know that much about Valon Berisha. So, when the rumour came up, I immediately got on Twitter to ask some RB Salzburg fans about him. They told me that he’s a 24-year-old winger that has already become a key player for them in the seasons before. Making 7 goals in 32 apps for the Austrian champions last season, is a really good stat for a 24-year-old winger. He made his international debut for Norway in 2012. He made 20 apps for them, unfortunately with 0 goals. But in 2016 he changed internationality, now he plays for the Kosovo national team. Making 5 apps for them and scoring 1 goal. I don’t think he’ll be expensive for Stoke, and hearing all of this makes me think “why not?”. I don’t think he’ll be starting right away, I even think we should start Sobhi over him. But he looks really promising and he could be brilliant for us, just like Marko.

Now I’ve always loved Fabian Delph. Such a great player! If it wasn’t for Manchester City, I think he would’ve had a great career. When I heard that Stoke were after him, it brought back some memories from him at Aston Villa. The goal against Liverpool in the semi-final of the FA Cup. With that, he has the ability to be a crucial player in a club like Stoke.

I think that the top 7 is a bit too much for him, but he’s perfect for a mid-table club like Stoke City. I think 13 million is a steal, he proved himself a long time ago at Villa. Him and Christian Benteke were the key players for Villa that season, the team drastically got worse and they ended up getting relegated without them. I’m not saying that Villa wouldn’t be relegated if they kept them that season. But if they did, they would at least have a chance! There have been reports of Stoke making a bid of 10 million on him, but Manchester City want at least 13. I would say, just make the F-ing bid. When I went on Twitter to ask some fans about who we should sign after Indi, their first reaction was most of the time Fabian Delph. “Yes, Delph could definitely do the job!”. Other people were talking about the fact that we should hurry up with the transfers, and not wait until we’re 2 games into the season.

Right now, the most common thing that you read as a Stoke supporter on Twitter. Is that we should hurry up with making signings! Most crucial of all has to be the centre-half position. You see lots of rumours about Crystal Palace and West Bromwich Albion entering the race for Indi… Stoke should’ve rounded up that transfer weeks ago! He should be the priority!

If I had to choose between the replacements for Marko that I wrote about above. It would be Konopljanka. Still such a great player, has been decent for Schalke in his loan spell there, and could be a very exciting player for Stoke next season. Berisha wouldn’t be too bad as well for Stoke, a young left midfielder that could easily be on the same level as Marko in around 3 seasons.

Thanks again for reading this article! I would love it if you would leave your feedback on my Twitter account! It is @henriscfc. Thanks to the Twitter lads that gave me their opinions on Fabian Delph. That are @_BobSays and @Lordeff . I hope to see you all again in 2 or 3 weeks! Fijne dag verder!