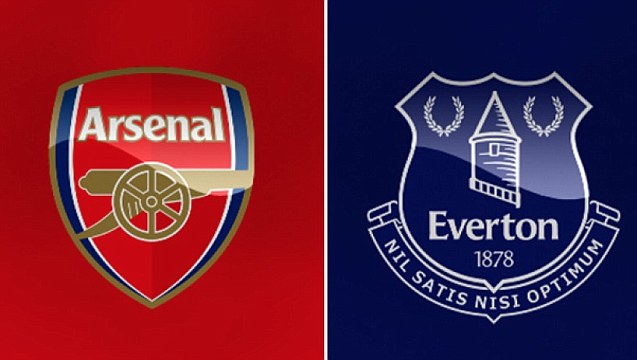 As part of a new series looking ahead to the new season, we’ve spoken to fans of the 19 other Premier League clubs to get their views on their clubs’ chances next season, as well as what they think of us.

Today, we have Arsenal fan @gunnerpunner and Everton fanzine When Skies are Grey

What are Arsenal’s aims and objectives for the coming season?

Objectives have to be to win things. We need to position ourselves this summer for a title challenge. Ultimately all you can do is make sure you’re in a position to challenge. There are 5 teams capable of winning the league, meaning being good enough isn’t a guarantee, but we have to give ourselves the best chance. That involves keeping our best players and strengthening where necessary.

Typically, much of Arsenal’s season came to be dominated by Wenger In vs. Wenger Out – to what extent do you think this distraction negatively effected the team?

I think it did, but these things only really make a difference when you’re playing badly. That negative spiral becomes hard to escape. If we’re playing well and winning, people ignore all the other stuff.

Onto Stoke, ourselves and Arsenal haven’t exactly got along well since we arrived in the Premier League – have people’s opinions on Stoke changed, particularly as we transitioned from Pulis to Hughes?

I think your style of play has clearly changed. There are plenty of good technical players around, and you seem to have a load of ex-Barca guys. Shaqiri’s one of my favourite players in the league to watch, even if his end product still needs a bit of work. There’s plenty I could say about players like Shawcross not being good enough, but Zouma’s a good signing, and I think Jack Butland is absolutely brilliant. Hopefully we sign him to replace Cech next summer.

Last season, we lost once again at the Emirates. Do you see that fixture as a guaranteed three points?

Not at all. The history kind of goes against the narrative that it’s a grudge match, yes. I think the hostility of the Brittania and our history there never helped with away games, but at home it’s always felt like your tactics didn’t work on such a big pitch, where it’s also hard to counter. Midfield becomes more important and we usually dominate those battles at home. I don’t really go into games against any regular PL teams thinking it’s an easy win – I guess it’s just worked out that way in terms of results

Unusually, you got a result – a pretty emphatic one – in Stoke-on-Trent. Has Stoke away now lost its fear factor for Arsenal?

I don’t actually know how much of a fear factor there ever was. To put it down to mentality often let Arsenal get away with genuine failings. We weren’t a robust enough team for a number of years, and often got bullied physically. More recently players like Charlie Adam tried to keep that going but it went more towards cheating rather than physical dominance (see his assault on Alexis)… I guess if we play you guys enough, eventually we’re not gonna be losing every single game

Finally, a prediction for where Arsenal and Stoke will finish next season.

I think we’ll come top 4. I can’t say who’ll win it, although I expect City to be miles ahead of everyone else. After that it’s more down to consistency over ability, so predicting where in the top 4 we finish is impossible. I’m hoping we put a title challenge in but that really depends on keeping Alexis and keeping others (Ramsey, Koscielny) fit. It’s tough to say for Stoke. Top half would look good, but we’ll see what happens without Arnautovic. He’s talented but you should be able to improve on him for £24m, so that looks like good business. I think the top 8 are set, so it’s a free-for-all after that

Your transfer activity has been lauded as very exciting indeed…just how much are you looking forward to playing us on the opening day?

We always look forward to the visit of Stoke, the games are always so open and attractive. Seriously though, the season can’t come quick enough for us Evertonians. Putting aside the limp Europa League performance, it will be the first time Koeman’s new team gets a chance to show what it can do. Given that we’ve bought so many new quality players we are expecting big things from them. It may take a bit to settle down and gel together but everyone is hoping this squad can be the one to bring back some silverware to Goodison.

Any weaknesses in your team that Koeman needs to address?

Well, we still haven’t replaced Lukaku but we will. We could probably do with cover for both full-backs as well. I think it’s clear to everyone that we expect to buy more players before the start of the season so we will only really be able to take stock once the window closes. We are definitely moving forwards though.

The Top 6 looks like a different league to the other 14, but Everton are probably the club best placed to break that stranglehold. Is that doable?

You’d expect me to say Top 7 as I don’t think we were that far behind. In fact in some games against the big 5 and Liverpool we were unlucky – think of the game against United at Old Trafford for instance. Had we had more luck in those games – and had we not stopped playing with about six games left – we would have been closer. I think we can finish higher this season.

Would you want Everton to prioritise the cups next season, as they seem your most likely source of silverware?

Yes. We are due a big cup run – especially in the League Cup although the Europa League may put paid to that. But I would like us to give it a real go this season.

What do you make of Stoke? What do you see as our strengths and weaknesses?

It’s a difficult one as it’s always hard to look in from the outside. I can’t stand Mark Hughes – hated him when he played for United. Hated him when he played for us. Despised him when he was manager of Man City – most notably for his totally disrespectful nouveau riche behaviour over the Lescott transfer. So that’s a bad start. I’m also not keen on your ground – it always seems to be freezing when we go there. In terms of a team, your signings so far have hardly been stellar and you’ll miss Arnautovic. I think you’ll struggle. But us founder members need to stick together so I wish you luck.

The result will depend on whether we have replaced Lukaku in time. If so, we will win 3-0. If not, a disappointing 0-0 draw. Overall I think we will finish between 5th and 7th and you may well struggle to achieve midtable mediocrity.

Now listen to the latest Wizards of Drivel Podcast: