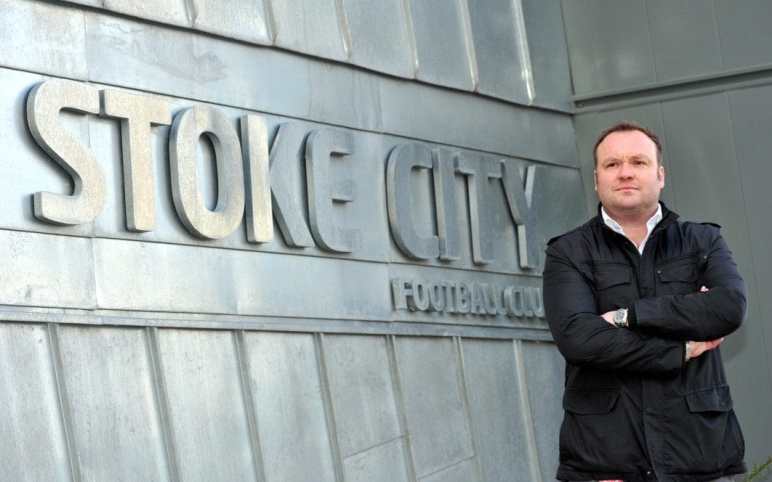 While Ricardo Fuller asking “Who is he again, Mark Cartwright? Really? If Stoke wasn’t in the Premiership, would he be here?” is entertaining there is a question to Cartwright’s role and many seem to be confused over what exactly he does. People seem to blame him for plenty of the issues at the club, without ever really elaborating on what he’s done wrong to cause the situation. Others blame him for the poor signings over recent seasons, but seem extremely reluctant to give him credit for any of the earlier ones.

As for the role of Director of Football it’s fair that it can be a confusing one. They can be responsible for a range of responsibilities at different clubs, and clubs are rarely forthcoming with the details of their roles. They can manage the overall style and ‘culture’ of a team, they can act as an intermediary between the manager and the board or – as seems to be Cartwright’s main role – they can be responsible for transfer policy, scouting and the buying and selling of players.

With that in mind the early years of Cartwright’s spell at the club is a fairly positive bunch, especially on a shoestring budget. It was widely reported that Cartwright was responsible for recruitment during this period while Hughes had the final sign off on players. In terms of structure of the club it’s fair to assume that at this point Cartwright was responsible for managing the club scouts, recruiting players and making initial contact with players and agents to gauge interest. Tony Scholes was the money man and negotiated the details of deals while Mark Hughes suggested the type of players he’d like and positions that he needed filling as well as having sign off on the final deals.

Jack Butland came in for just £3.5m in his first window. His first summer featured just two signings for actual money with defensive stalwart Erik Pieters and Marko Arnautovic joining for less than £6m combined. Stephen Ireland and Assaidi joining on loan, two very astute signings for areas in need of refreshment. Marc Muniesa also joined on a free, Hughes’ reputation at Barcelona undoubtedly helped sell the deal but it’s unlikely it was one that he actively asked Cartwright to pursue. January saw John Guidetti come in on loan while Kenwyne Jones was shipped out for Peter Odemwingie another success.

Following something of a first team rehaul in the first full season the second one focused on the depth positions. Bojan was the only signing that cost a transfer fee coming in for a very small amount and it’s fair to give Mark Hughes a lot of credit for that signing. Steve Sidwell, Phil Bardsley and Mame Biram Diouf came in on free transfers, while Victor Moses and Assaidi joined on loan. Three solid first teamers and three depth options is hardly a bad haul for an outlay of a maximum of £2m.

This however is where the story starts to fall apart. After a 9th place finish in 2013/14 and a solid performance throughout 2014/15 Mark Hughes was handed a new contract and there seemed to be a powershift. Gone were Stoke’s spendthrift ways, and there was talk of big money being spent. The summer 2015 was highlighted by an ultimately fruitless and somewhat embarrassing chase for Ukrainian duo Yevhen Konoplyanka and then Andriy Yarmolenko. Neither happened but the club still signed Xherdan Shaqiri for £12m, Hannover forward Joselu for £7m and made on loan centre back Philipp Wollscheid’s deal permanent for a further £3m. This was on top of free transfer deals for Shay Given, Ibrahim Afellay and Glen Johnson and a loan deal for Marco Van Ginkel.

At this point I feel it’s not unfair to ask the question of just how involved Cartwright was in the deals. Konoplyanka had all the hallmarks of one of his deals, but the Yarmolenko and Shaqiri ones felt much more like a reactionary move to save face, although Shaqiri had been previously linked in the January window. Joselu seemed a strange transfer given that the club already had three first team strikers in Jon Walters, Peter Crouch and Mame Biram Diouf while Afellay, Glen Johnson and Shay Given’s bosman moves in hindsight have a haunting echo of the old boy’s club and ‘experience’.

The following twelve months is where the problems really begin to develop, at the behest of Mark Hughes a number of the older players in the squad are continuously given new contracts after short periods of form. While Cartwright had initially done a great job moving out the remnants of Tony Pulis’ final squad this effort halted and turned about face incredibly quickly and the club’s scouting policy changed drastically.

Expensive signings were brought in with little to no forethought. Giannelli Imbula joined the club in January for £18m seemingly off the back of impressing Hughes during a preseason friendly against Porto, although Hughes and the club claimed that they had been in for Imbula the previous summer nothing was ever reported beforehand. In the following summer Joe Allen joined the club on the back of a great Euro 16 campaign with Wales. Upon joining it was never really clear where Allen was supposed to fit in the team and it never got any clearer. In the end he ended up forcing Bojan out of the team thanks to a fluke run of scoring form and also forcing recently signed £18m man out as well.

Some signings in that window were definitely down to Cartwright though in the form of Ramadan Sobhi. The promising Egyptian came in for a bargain £5m but could never regularly break into the first team despite some excellent performances. He never developed in a lot of ways and has eventually lost confidence, but that’s because no players seem to have developed under Hughes except under their own volition. Bruno Martins Indi joined on loan after the departure of back ups Philipp Wollscheid and Marc Wilson while Lee Grant joined at the last minute following an injury setback for Jack Butland.

In the final window of Mark Hughes’ tenure little seems to have come from Cartwright’s side of the table. Kevin Wimmer was a big spending deal to appease fans after Marko Arnautovic’s departure and Cartwright publically distanced himself from the deal. Kurt Zouma joined on loan for a massive £7m loan fee and Bruno Martins Indi eventually signed permanently following a successful loan spell.

Following Hughes’ departure in January the club almost immediately started to make positive moves. The best of the bunch came in almost immediately with Moritz Bauer becoming the club’s much needed right back. Then a backup left back that the club had needed for a few seasons in Stafylidis, who was unfortunately injured for much of the time but contributed when he was fit. Badou Ndiaye finished off the trio and improved another weak area of the team in central midfield playing all 13 games following his arrival.

At the end of the day it’s very difficult to know exactly what Mark Cartwright has done for Stoke in his time here, but from what we do know it suggests that he’s presided over some pretty decent deals by the club and things definitely went sideways when Mark Hughes gained more control at the club. Fuller’s issue seems to be more than Cartwright has little connection to the club pre-Premier League but surely that’s a sign of improvement that the club are expanding to roles and systems that they couldn’t previous afford to do.

Listen to Ricardo Fuller’s comment in the latest Wizards of Drivel Podcast: