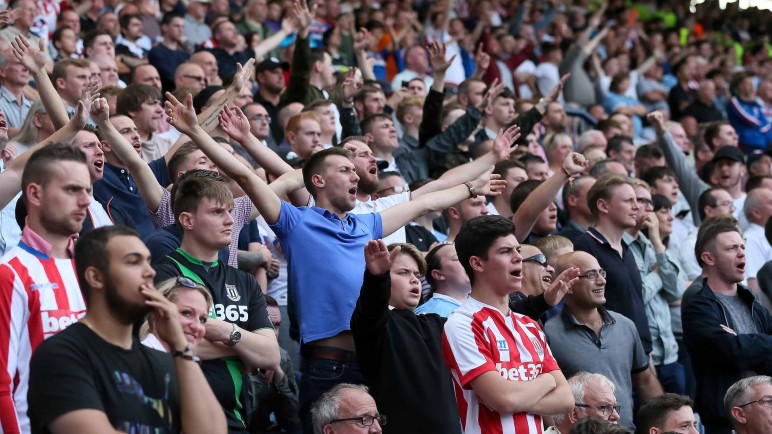 In a recent article in The Sentinel, a selection of Stoke fans were asked to name their biggest negative from the current season. Given that Stoke started the season as title favourites but are yet to lift themselves into the top half, one might suspect that most of the ire would be directed towards the team, Gary Rowett, or perhaps the men behind the scenes at the bet365 stadium.

However, six of the ten respondents highlighted Stoke fans themselves as being their biggest gripe. “The fans all day long”, says one, “Expect us to be 15 points clear at the top. Most probably the 10,000 fans we gained when we got promotion.” Another reads “Fans being negative. Even when we win these idiots say we were lucky.” Three fans highlighted fan negativity, whilst two bemoaned the weight of the fans’ pre-season expectations. The other response I’d characterise as ‘complaining about the complaining about the complaining’.

“We all want our team to be successful. Being critical of players, tactics and the owners does not make anyone disloyal. Blindly following without expressing an opinion is the reason that Mark Hughes lasted so long” 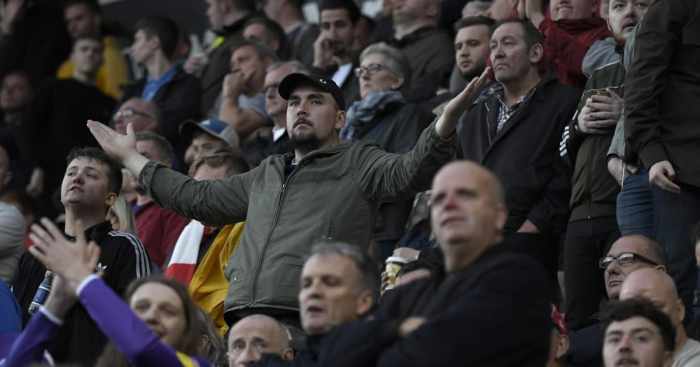 Now, ten people in a Sentinel article isn’t a real census of the Stoke fanbase, but the views expressed in the piece are fairly widely held. Negativity and over-expectation from the fanbase have been highlighted time and time again on social media, on radio phone-ins, and at the ground.

With home attendances well north of 20,000 and thousands more Stokies scattered all over the world, achieving a common consensus is a hell of an ask. Even in the final days of Mark Hughes, there were those who thought that the club should stick by the grumpy Welsh Geography teacher. Opinions will always be diverse, and given how much football conversation has migrated over to the Internet, we’re now much more likely to encounter opinions we disagree with. From the reactionary ‘manager OUT!’ after a defeat to calls to play Bojan at centre-half.

The problem though, isn’t fans having different opinions, it’s fans creating their own narratives about what kind of fan another fan is, based on their views. It’s far easier to label someone than it is to take them to task. Critical of the club? You’re just negative. Saw the positives in a defeat? Happy-clapper. The Oatcake Message Board coined the terms ‘Pulis Hating Wankstains’ and ‘Rimmers’ to divide people based on their views of the capped former scissor attack victim. Most of the time, these characterisations are massive over-simplifications of someone’s views. 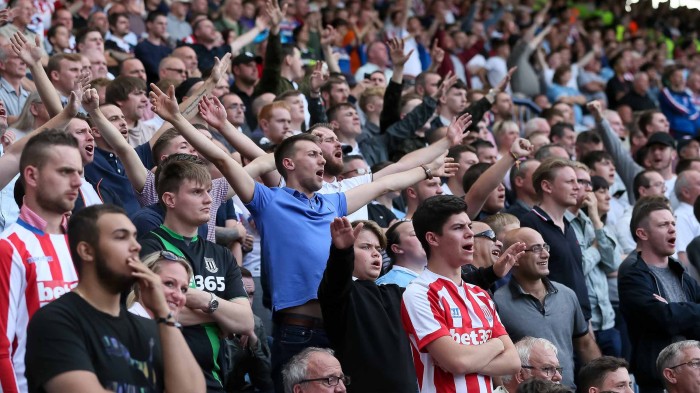 This labelling and judging of fellow supporters isn’t just based on opinion, either. Since Stoke’s return to the Championship, the increase in empty seats at the bet365 stadium has prompted more derision for ‘Premier League fans/The 2008 brigade/glory hunters/fairweather supporters’. Then there’s those who choose to behave a certain way at the game, those who take selfies and videos, those who buy half-and-half scarves, those who tweet, those who don’t stop talking. The chances are, the way you enjoy football may annoy someone else, because they enjoy football a different way entirely.

I wrote recently about football support being a kind of performance, where some football fans feel important to be seen to be enjoying football in a particular way. If I invoke the spectre of ‘virtue-signalling’ for a moment – and I do so with reluctance because it’s a phrase I’ve come to loathe – it does seem that fans like to criticise other fans because it makes them feel better about their own football support. Moaning about moaning gives a kind of release, but also shows your mates/listeners/twitter following that you’re the kind of fan who always gets behind the team. It works the other way, too, as criticising ‘happy clappers’ signals that you are wiser and more thoughtful than other fans. We can learn about what someone likes from what they hate.

This isn’t unique to Stoke and is something that’s unlikely to change significantly. A relegation and a stuttering start to a Championship campaign is always going prompt this kind of in-fighting. But surely, we can progress beyond a ‘divide and rule’ approach to football support? There has been so much to criticise about the club lately, surely the fans have been the least of our concerns? Disagree, discuss and debate, sure, but it’s become a lazy hack cliché to cast aspersions over what kind of fan that makes someone. More to the point, what kind of fan they are is – most of the time – none of your fucking business.

Nobody has a go at Stoke fans quite like Stoke fans. We’d feel better, and potentially accomplish more, if we directed our energies – positive and negative – towards the club itself rather than let bitterness percolate amongst fans, who want the same outcome for Stoke that we all do.